Oscar, a beautiful ginger cat, mysteriously went missing from his home in Northgate in February.  His owners contacted neighbours, local vets, went out at night calling for him, placed notices up in the neighbourhood, posted on the Lost and Found Cats in Crawley Facebook site… but nothing. 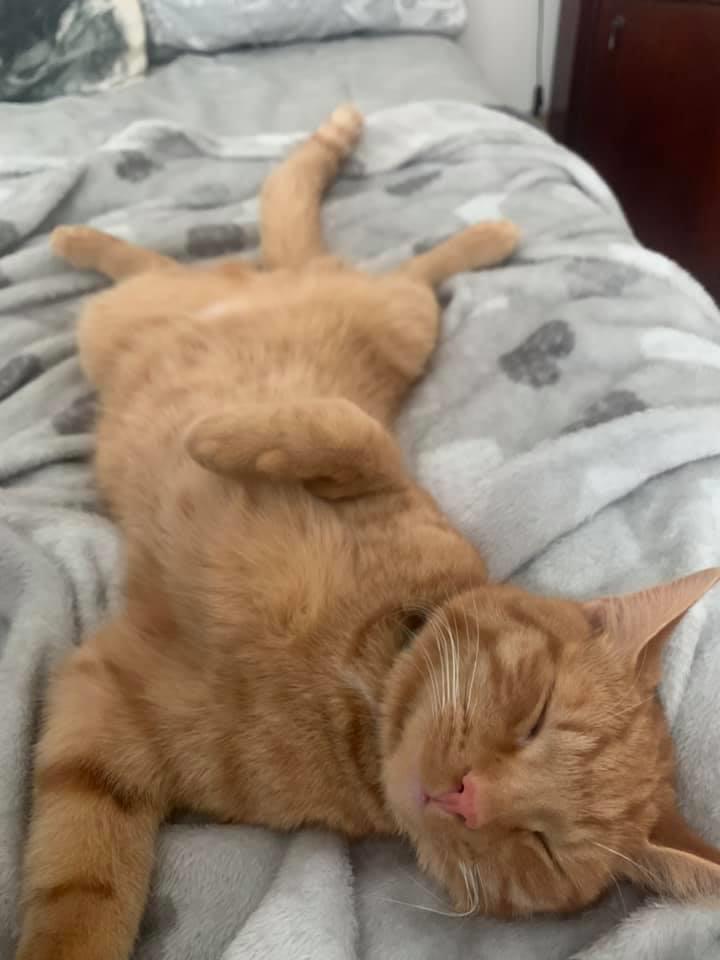 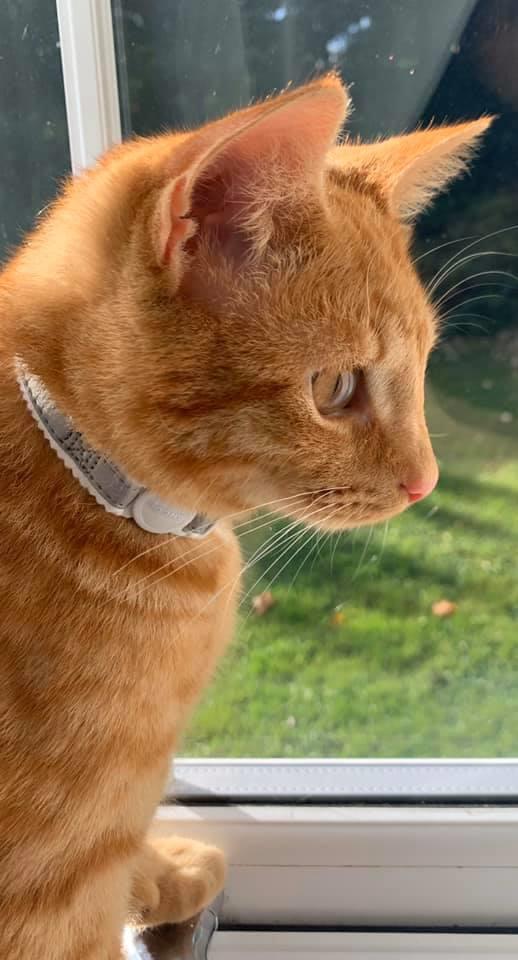 Six months later, Oscar’s owners contacted Felines 1st for help, as there had been recent sightings of a stray ginger cat fitting Oscar’s description in Dalewood Gardens.  The people who had spotted the stray cat had tried to catch it, but their efforts had been unsuccessful.  Our trapping volunteer went out and set a trap in the garden where the cat had been spending most of its time.

After two long nights over the weekend, quietly watching the trap baited with cat food, the stray ginger cat was finally caught.  Our volunteer took the cat to the vet to get his microchip scanned, to confirm that he was, in fact, Oscar.  Imagine everyone’s surprise when they found that the microchip revealed that the cat’s name was Mushu, and that he had been missing from his home in Three Bridges since November 2019. 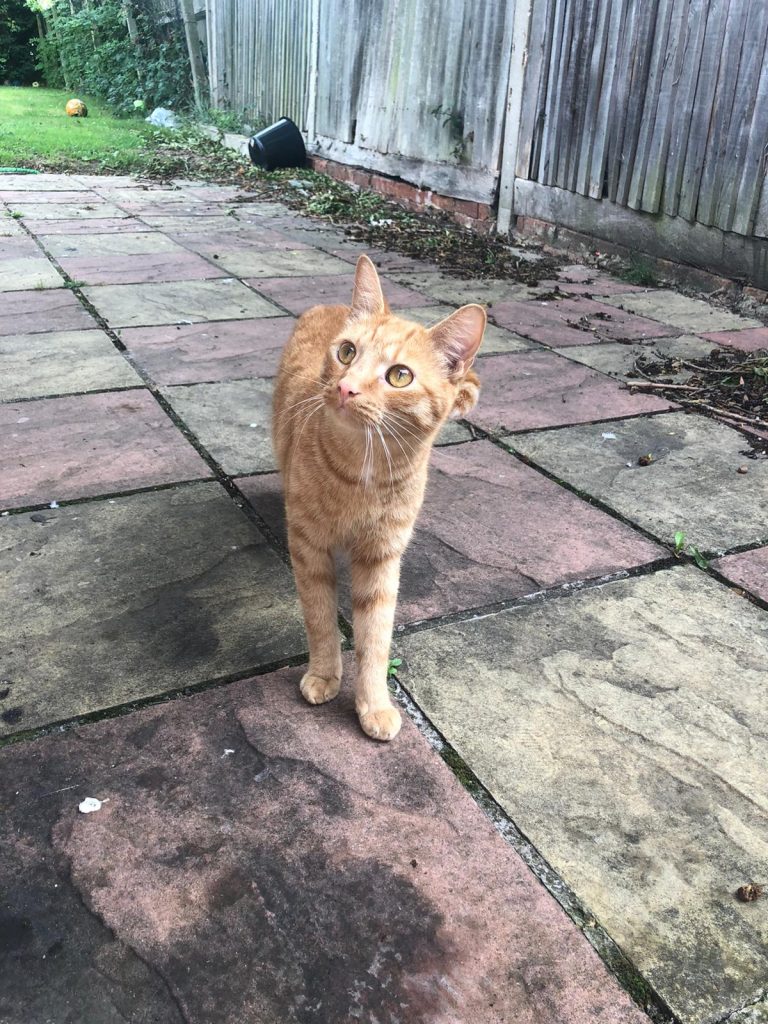 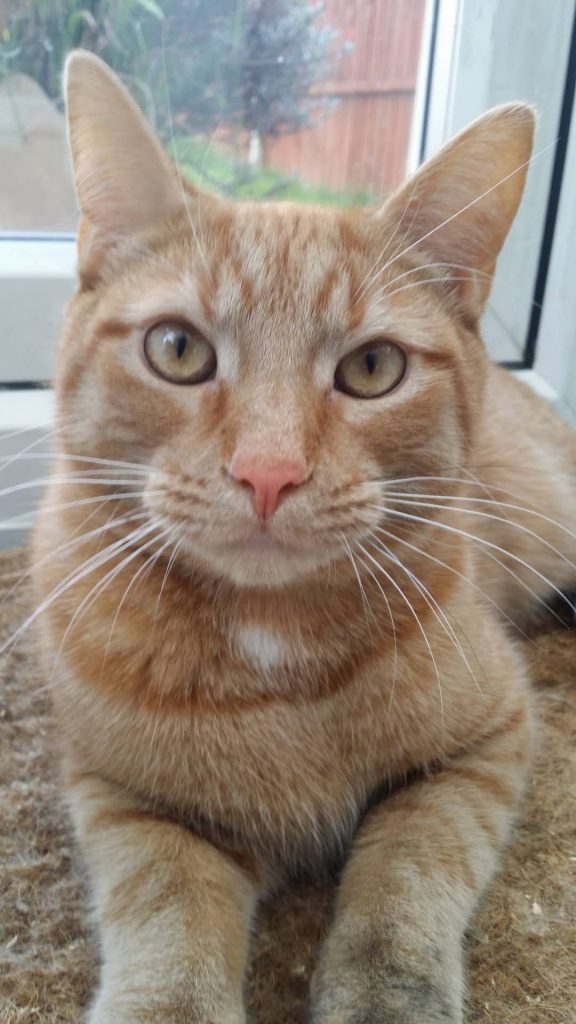 When Mushu’s owners were contacted they were astounded, as he had been missing for over 10 months! They were delighted that he had been found and lovingly welcomed him back home. It took a few days for his brother, Ginko, to remember and accept him again.

But Oscar was still missing…

Although we were delighted that our volunteer had trapped Mushu and managed to get him out of the cold and back home, Oscar was still missing!  Not a day went by without his owners thinking about and looking for him – and they never gave up hope that he would be found and returned home.

A couple of weeks later, another ginger cat was listed as a possible lost cat on the same Facebook site.  This time the sighting was in Langley Green, only 0.7 miles away from Oscar’s home, and sounded promising, even though the person thought the cat was a pregnant female.  The owner and our volunteer trapper set out immediately to the garden where the ginger cat had last been seen.

When the ginger cat reappeared, the owner was convinced this was Oscar.  They managed to entice the cat over and scan it for a microchip, which indeed revealed that this was their long-lost and beloved pet.  He was a very happy cat to be back home: after a drink and a tasty meal, he had a good, long sleep, and wouldn’t stop purring.

The moral of the story…

What happiness and relief, not only that Oscar was finally found and reunited with his owners, but that in the process, Mushu was also able to find his way home.  The moral of the story – please microchip your pets – it’s not expensive – and it really does help us to get them back home if they go missing.